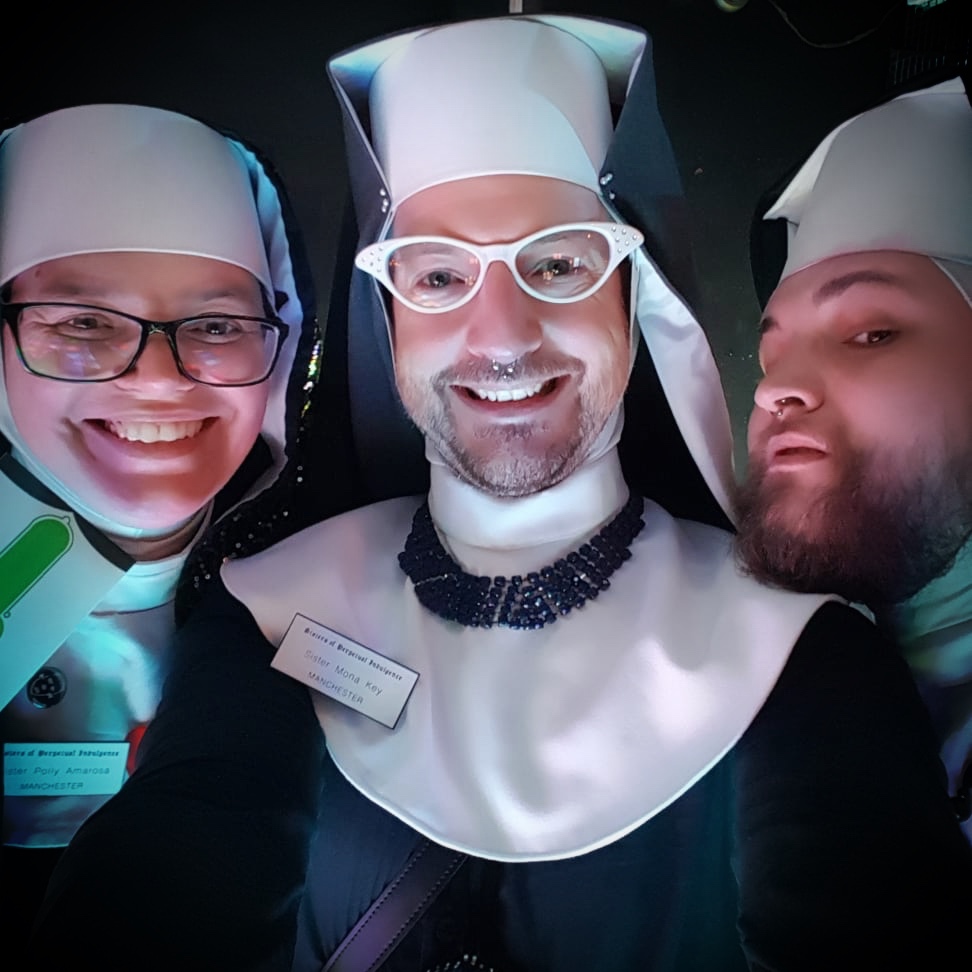 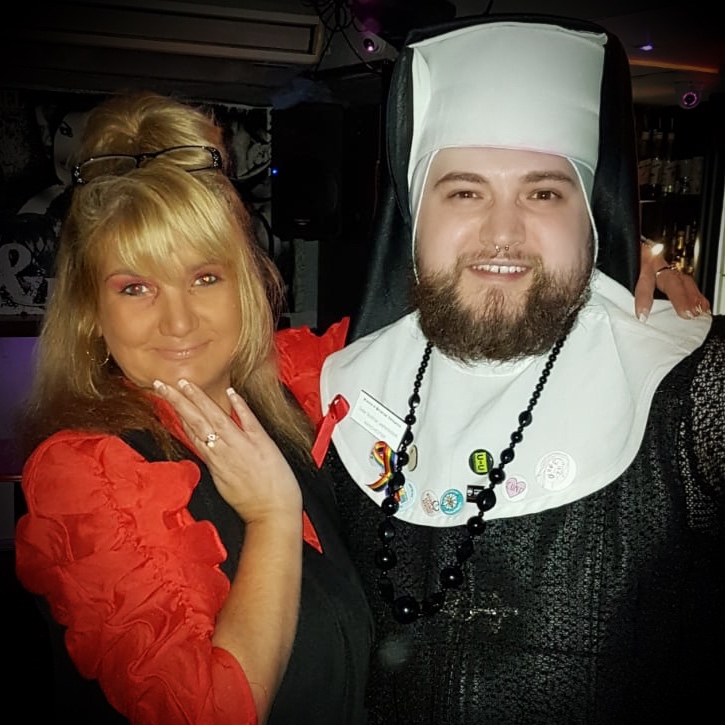 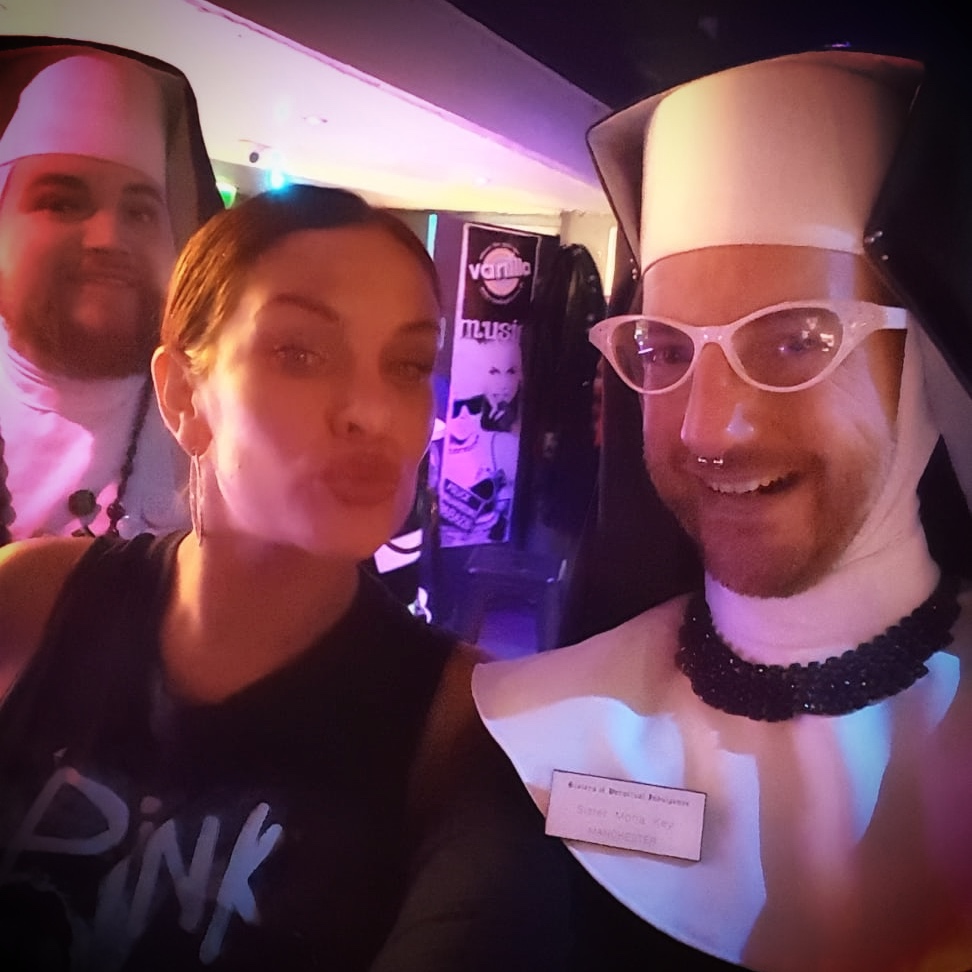 What did we do?
We went to a few bars and I gave out some condoms to the gathered faithful and it was such fun!

I suggested we should go to Vanilla which is a bar in Manchester’s Gay Village for women. Whilst we didn’t give out condoms there, I did have some great chats with some of the women there.

It was later in the evening, and people had possibly over indulged by that point! I must make a note to go out slightly earlier next time, or to carry some extra caffeine!

Why did we do it?
The Sisters of Perpetual Indulgence were founded to raise awareness, and funds for HIV/AIDS and also to promote safer sex practices.

I realised that we had not done a ‘Condom Run’ for a while, and so I suggested to my Sisters that this is what we should do for this particular Threesomes!

What impact did it have?
I think we managed to engage with some people about condoms, but we also had some general chats with the gathered faithful.

It was a quiet night in January and everyone was probably sat in watching their pennies till payday! Whilst we did give out a number of condoms, I think we need to repeat the Condom Runs more regularly – because it’s fun too!

But I think we were well received by the Village and will go out again soon.

The make up went all wrong